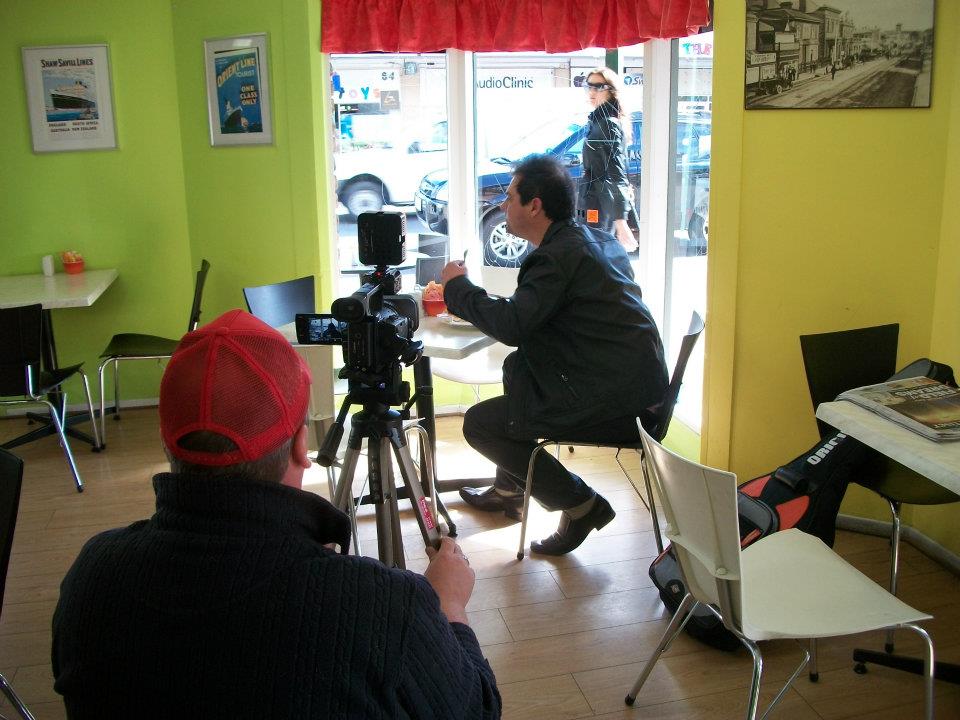 Its been some time since Aqua-Rium's last track, 'No Use' hit the airwaves.

The Aqua-Rium team have been busy writing and recording and the next track from the project again features Kerrin 'Toddy' Todd on vocal duties.

The video clip for 'The Station' was shot in and around Gawler, South Australia.

Many local landmarks feature in the clip which follows the vocalist on his journey to the studio which includes a lot of walking, several train rides and fantastic cooked breakfast courtesy of the lovely staff at Viva Cafe, Murray Street, Gawler.

Plot: Toddy is seen leaving home, walking down the driveway purposely, guitar in hand, clearly on  mission. We see him make his way into town and take breakfast. As he eats, he thinks he sees someone walk by, but when runs outside, they are gone, did he imagine it?

Breakfast complete, he makes his way to the railway station, clearly with some way to before he arrives at his destination. As he waits, he again catches a glimpse of this girl, but when the train leaves, she is not there. Is he imagining it? As he sits down on the train, his mind drifts into a day dream, where the feelings he has about this girl overwhelm him and he finds himself in freefall.

Ariving at Kudla, he gets off the train and heads into the studio where 'Studio Tech' and 'Coffee Boy' have been preparing the studio for his arrival. Toddy records his vocals, the production crew are happy and they send him on his way, job done. But is that the end....

The video clip was produced completely in-house at ikklefellas.

The concept and screenplay were devised by Aqua-Rium writer and producer, Daren 'DaFish' Herring and Duane Giancotti. It was filmed and edited by Daren in single camera format and with Final Cut Pro X.